When all of Jack's customers are stolen by sexy new plumber, Bobby Bastille, he quits his day job to follow his dream and write a rock opera. He casts his family and books the town theater for a live performance, which Annie tries to nix. However, Duncan and Kimberly side with Jack, when they think the show might score them points with their crushes. 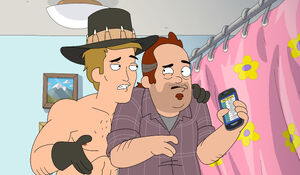 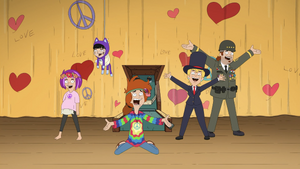 Jack discovers that his plumbing appointments have cancelled in favor of getting help from an attractive Aussie plumber named Bobby Bastille. Feeling he cannot compete, his family convince him to find a new avenue in life. Jack reveals that he has been writing a rock opera called Rommy, which clearly takes cues from Tommy, and convinces his family to perform in it, despite its clearly awful inception and development. Duncan and Kimberly are initially disgusted with their roles (playing the lead and pregnant girlfriend), but after telling their friends about it, who actually seem intrigued by it, they decide to go through with the musical. Annie gets rid of the flyers by dumping them in the sewers, but it causes the town to flood. The townspeople rush to the theater while Rommy is on and Jack is asked to fix the town's plumbing. Bobby is revealed to not actually be a real plumber and he fills in for Jack in the last number. The play ends up being a huge success and the town is saved with Jack deciding to return to his old job. Bobby ends up going to Hollywood.